Is My Baby Waking From Hunger? 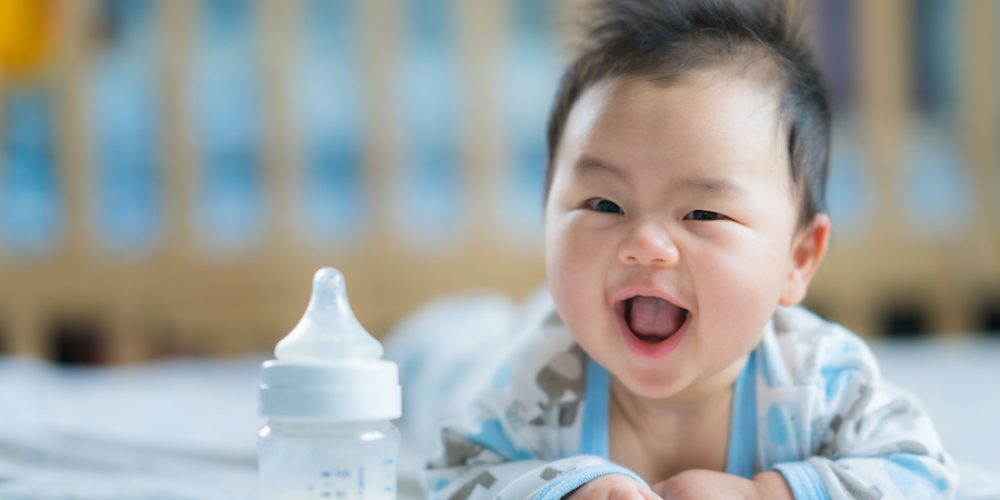 We’re all willing to do whatever it takes to ensure that our babies are properly nourished, but as anyone who’s been through this journey of motherhood will tell you, kids are unimaginably clever. They will find ways to get what they want and they will repeat them relentlessly.

Which is not their fault, obviously. They’re just working off of instinct. They know what they like, and at a young age, they like mom.  I’m talking all mom, all the time. You are to your baby what Pinterest is to new homeowners. Too much is never enough.

And given the fact that they really only have one method of communicating, if mom’s not around and they don’t think that’s cool, they fire up the lungs and they cry.

So when they wake up in the middle of the night and they start crying, it’s tough to determine whether it’s because they need to eat or because they just want to see mom back in the room.

You know your baby better than anyone and I imagine you can tell when something needs to be addressed based on the decibel level, intensity, pitch, and duration. But having said that, if your baby is waking up seven or eight times a night and insisting that you come in and rock her back to sleep, that can have a serious impact on everybody’s sleep, including hers.  A lot of babies have developed a dependency on nursing, rocking, sucking, and so on, in order to get to sleep, and it’s not something they can overcome in 15 or 20 minutes. Solving that issue takes some real work and a firm commitment from you, but we can talk about sleep training in a minute here.

Here are a few things to consider when you’re trying to determine this oh-so-prevalent parental riddle.

Up until about the six month mark, babies typically need at least one nighttime feed. Their tummies are small, they haven’t started solid food yet, and formula and breast milk digest fairly quickly, so there’s a good chance they’re going to get a case of the munchies during the night.

This isn’t the case for all babies, obviously. Some infants sleep through the night without a feed from a very early age and then pig out during the day, but generally speaking, you can expect to be summoned for a nighttime feed up until baby’s hit about six months.

Once baby’s capable of sleeping through the night without a feed, you need to make sure they’re getting the calories they need during their daytime hours. The best way I’ve found to make this switch is to throw in an extra feed during the day, or by adding an ounce or two to each bottle throughout the day. This is also a great time to think about introducing solid foods. The good news here is that baby’s body will typically adjust over a night or two to start taking in those additional calories during the daytime once they’re no longer getting them at night.

Just a quick but SUPER IMPORTANT reminder Before you attempt to make any changes to your baby’s feeding schedule, talk to your pediatrician. Nighttime sleep is awesome but calories are essential. If your little one is underweight or not growing as fast as they should be, it might not be a good time to wean out night feedings, so again, chat with your doctor.

I’m sure you know this scenario. Baby starts crying 45 minutes after you put her down, you go in and offer a feed which she eagerly accepts, she takes about three quarters of an ounce, then promptly passes out in the middle of things.

If this is happening frequently, it’s a good sign that your little one is feeding for comfort instead of hunger. Babies who are genuinely hungry will usually eat until they’re full, whereas those who are feeding for comfort tend to drift off pretty quickly once they’ve gotten what they’re looking for.

If baby does take a full feed at night, she should be able to sleep for around 3-4 hours afterwards. An average sleep cycle for babies around the 6 month mark is somewhere in the 45minute – 1 hour range, so if they’re waking up around that long after they eat, it’s likely that they’re dependent on the sucking and soothing actions of your feeding routine to get to sleep.

Falling asleep while you’re hungry is tough, regardless of your age. Your brain recognizes hunger as a priority and will stay alert until the need is met, or until you’re exhausted enough that the need to sleep overrides the need to eat.  So if your baby really is hungry, they usually won’t go back to sleep very easily until they’ve been fed. If they nod off after five or ten minutes of crying, that’s a pretty reliable sign that they were just looking for some help getting back to sleep and not actually in need of a feed.

Here lies the linchpin. The cornerstone of the whole equation, this right here. Can your baby fall asleep on their own?

If you can put your baby down in her crib while she’s still awake, leave the room, and have baby fall asleep without any help from you, without a pacifier, or any other kind of outside assistance, then those nighttime cries are far more likely to mean that she genuinely needs a hand with something when she wakes up crying at night.

Determining whether your baby’s hungry at night is obviously a complicated situation. Calories are vital but so is sleep, so we typically end up paralyzed trying to balance the importance of the two. This tightrope is immeasurably easier to walk once you’ve taught your baby the skills they need to fall asleep on their own. Once the habit of feeding to sleep is broken, you can feel much more confident that their requests for a nighttime feed are out of necessity and not just a way of grabbing a few extra minutes with mom.

And, as always, if you’re looking for some help teaching your little one those essential sleep skills, I’ve got you covered. Contact The Sleepytime Consultant today for help!

With May being Maternal Mental Health Month, I’d

This is the best part about what I do 💕. Hear

Which book has been a bedtime favorite for your li

I am here to answer your sleep related questions o

If you are trying to teach your child (12 months + 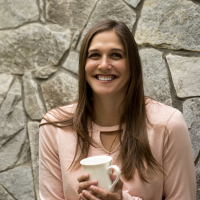